Too big to fail, too small to notice is a large scale installation comprising videos, sculptures, animatronics, a mirror catwalk and perhaps most of all fashion. All of this is tied together by a robotic head telling the (true) story of traders who in the 90s started wearing platform heels on the stock market floors of Chicago. The head chronicles this frenetic environment full of wildly shouting and gesticulating men. In the trading pit the heels provided an advantage by making traders taller, more visible and therefore faster than the competition. Visibility equalled profit, resulting in a culture of extravagant fashion in a hyper masculin environment. All the while turning the bodies of traders into conductors of capital. The heels became so high traders fell over and the exchange had to regulate the maximum heel size.

The work draws parallels between flash trading and our current culture of hypervisibility in which visibility operates as currency, pervasive in social media, art and culture at large

He stood on the top stair of the pit in an exchange-issued trading jacket and filled orders. It was a boisterous place, traders signalled, shouted and elbowed their way to buy and sell. In the midst of this hand signals facilitated quick trading

- Palms of your hand towards your body- buy.
- Palms facing away from your body - sell.
- Fingers vertical - quantities, horizontal - price.

He shouted, he signalled, the open outcry pit was intense.
His glasses, always dirty from the spittle collected from the shouting mouths of other traders, frequently had to get repaired - the result of crushed bodies in constant, frantic communication.

His jacket was his office. In it he kept everything he needed, trading cards, note cards, pens, a solar powered calculator, his daily statement and a position card that kept track of his current position in the market. His jacket was his front desk but also his back office.
It was seen and be seen in the pit, so he spent many hours tweaking and changing his jacket, thinking about the color arrangement, making himself stand out more.

Many traders wore parches and insignia, stripes and stitchings. On an average day you’d see more colors on the trading floor than you would at a Galliano fashion show. The clerks wore golden coats. The personnel of the exchange dark and light blue coats.
For him it was not enough. by now the pins felt mundane, the stripes daft . The more people would see you, the more you could trade... and well he somehow enjoyed the attention. Perhaps everyone in the pit did, but he just seemed to enjoy it more...

The first time he encountered the pit he was struck. The shouting of the traders, the movement of their bodies and hands, fickle fingers tirelessly flashing signs of capital - it captivated him like nothing had before. There was a life force on that floor that was magical and exciting. He wanted to be part of it, to be engorged with it. He practiced his trading movements in the mirror, the hand gestures, the postures, his facial expressions. The trading floor not only demanded a clear voice but strong and present bodily skills. He realised what was most effective; in a market that was hot, movements had to be quick, clear, demanding of attention. It was about knowing how to be present in a crowd.

As he practiced and performed more in the pit, he could feel it, this strange energy. It was exhilarating to feel these large flows of capital, deals involving large sums of money flowing through him, through his body, jacket arms and fingers. Receiving it, passing it on, directing it. Each transaction felt like a strange primal dance, although each time only for a couple of seconds.

In February the Chicago Board of Trade moved into a new financial trading facility large enough to house a Boeing 747. The first time he entered he was overwhelmed. It excited him, he squinted his eyes and imagined it to be a grand baroque cathedral, a place where the smooth undulated expressions of capital were able to move freely and take hold of his body. The grandeur of the space made him feel small and he soon realised that he had to raise his game; here it would prove to be much harder to to stand out, to be seen.

It was that day that he visited the new trading facility that he decided to wear heels. Tall things stand out, like the World Trade Center, or Mount Everest, like supermodels. And that’s what needed to be done. He needed to be tall, to be the world trade center, to be the mount everest, to be Naomi Cambell.
He had been eying a new pair of shoes for some time already and now was the time to buy them. A pair of simple yet elegant Masons work shoes manufactured in Chippewa Falls that he saw displayed just outside the CBOT in the window of a shop called Sam the Shoe Doctor. He walked in and asked to add a thick platform heel at the bottom of the shoe. Not too thick at first, but more than enough to give him an unobstructed view of the pit’s star traders.

The next day he immediately decided to try them on in the pit. He now towered nearly two inches above his old height - his body felt powerful, elegant, his movements more fluent even sensual, a certain bravissimo took hold of him. Sure it raised a few eyebrows, but after the initial chuckles and sniggers - people seemed to get used to it. And it was only a week later that he started to notice people wearing the exact same Mason shoe, including the customised platform heels. At first it amused him, confirmed him so to speak, but quickly he realised that he had lost his advantage and more importantly that from now on the only way to solve this for him was to move up.

So he went back to Sam the Shoe Doctor after work and asked for another quarter-inch-thick sole to be added to his shoes. He now soared high above the ground. It was delightful. And aesthetically it was more pleasing, as it was just the extension his body needed - now his silhouette was in perfect proportion.
But when he returned to the exchange the next day, he found that more traders had gotten the exact same idea. And as he walked onto the trading floor he started to notice another disadvantage; where before his shoes facilitated his graceful and effective trading gestures, now he caught himself slightly out of balance. He had to teach himself again how to move, how to trade, how to adjust his body and grab attention while all the time maintaining his balance. Something he observed amongst the other heeled traders as well. A strange sensation took hold of him as he realised that there was no turning back. From now on the heels underneath his shoes would grow and grow beyond his control while all the time he’d get further out of balance. And with him all the other traders on the oor. He somehow felt they were caught performing a peculiar lurching dance in constant search of balance, as their shoes were growing higher and higher. And then, eventually, one day - just another day in the trading pitt, they would all fall down. 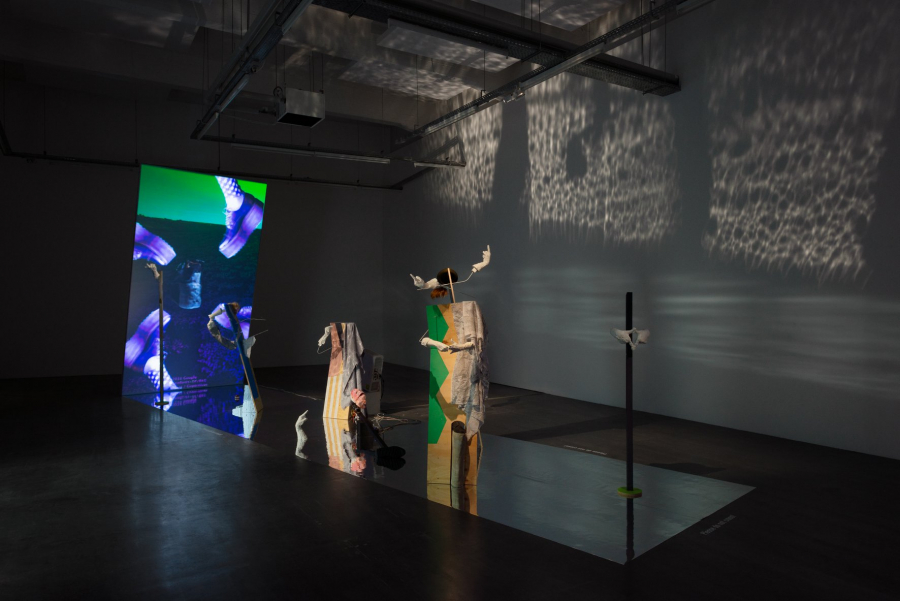 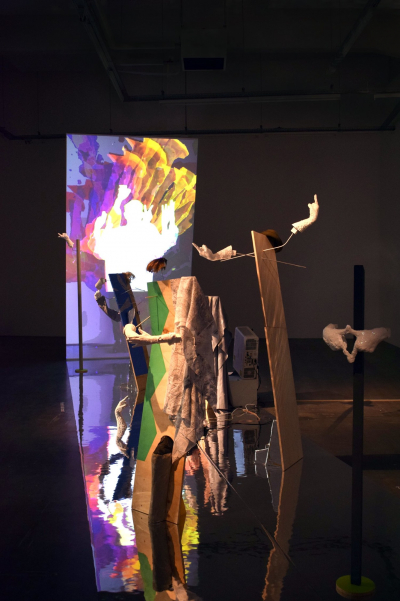