A life-size diorama constructed out of images from Het Groote Tafereel der Dwaasheid, a book from 1720 gathering prints and plays responding to the first large scale stockmarket crash of the same year. A document that attempts to find a language to make the then new financial system comprehensible to a larger public.

For this installation I specifically selected those images in which the body is presented as a site through which financial speculation moves, creating a life-size collage in which streams of stock papers penetrate and deform the bodies of traders.

In the midst of this a screen was positioned showing a film adaptation of a lecture I made for WIELS brussels. The film investigates the potential of bodily metaphors to transform and critique our financial system. It does so by connecting the images of The Great Mirror of Folly to both critiques of economic systems present in (body)horror films and the often overlooked physicality of finance today. 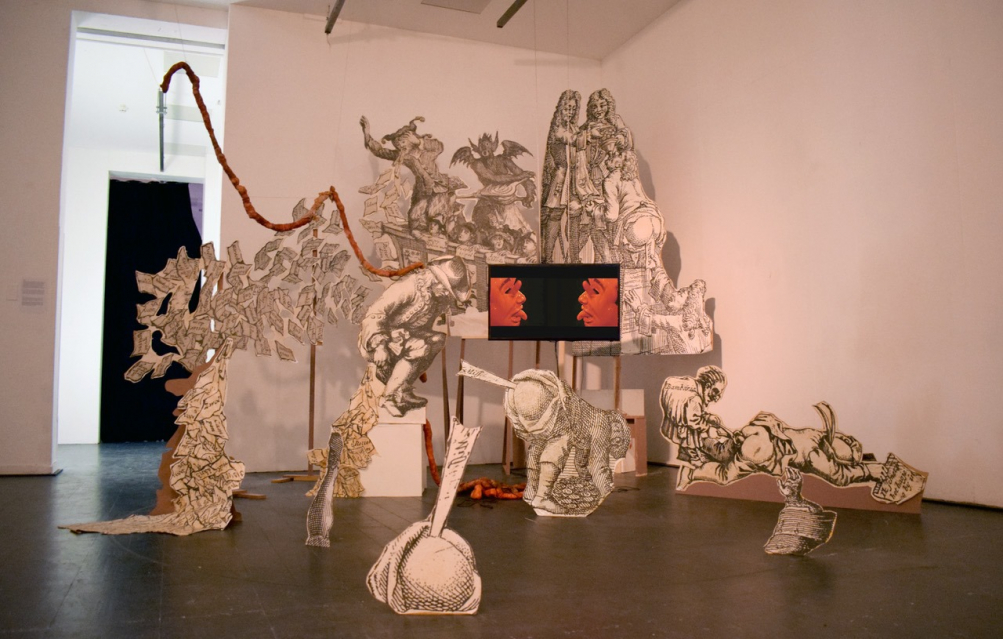 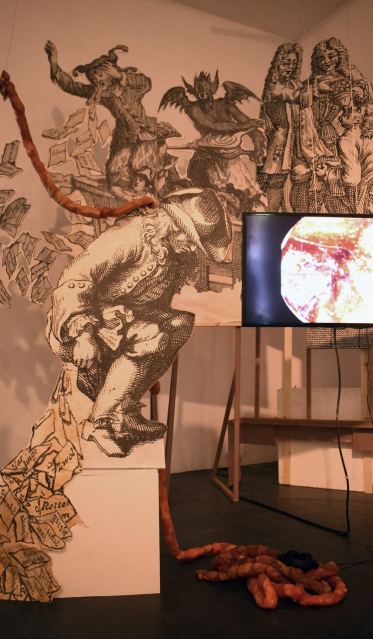